Education with gender equity: the energy of the future

Angela and Roxana demonstrate that quality education, driven by gender equity, can take them to the next level: leading jobs and operations in the energy sector.

The energy of the future is in the people who, thanks to gender equity, manage to empower themselves. We are convinced that we have to continue advancing along this path because, for many years, women in Peru have not granted the same benefits as men. The INEI* confirms this reality with two indicators: the rate of participation in the workforce (men 80, 7%, women 64%) and the average monthly income (men s / 1588.60, women s / 1135). Therefore, we decided to take on the challenge of building a fairer country by providing equal opportunities from education.

Since 2006, we have been providing quality education to hundreds of young people with low-income in Ventanilla who are majoring in Industrial Electrical Engineering at the Higher Technical Institute Nuevo Pachacútec. In this context, it is fundamental to promote gender equity because we want women to have the same professional development opportunities in an educational environment where men are traditionally the majority.

This has allowed dozens of graduates, such as Ángela Llagüento and Roxana Franco, to increase their abilities and enhance their learning in the same way as men. They are now two professional and highly-trained technicians that followed the same path: to demolish the myth that leading fieldwork in the energy sector is exclusively for men.

Ángela is a settlement assistant and ensures the proper fulfillment of projects, supervises that her crews meet the quality standards, and assists them permanently so that they are safe and have access to all the required working equipment.

Her teacher at the Institute remembers her as a calm and even shy student, but one day she decided to awaken her inner talent when she was commissioned to lead a team of 15 people to move and hoist several wooden poles, heavier than cement ones, at the training camp of the Institute.

Ángela met her team at the Institute and went down to where the posts were to calculate their weight and define the path they would take. They had to climb several stairs in the middle of steep and challenging terrain to reach the training camp, which is located in one of the highest points of the campus, from where you can see the breadth of the Callao Sea. Climbing this section is already a lot of hard work, but doing it while transporting heavy wooden posts for several hours would require massive amounts of energy and a lot of concentration.

Knowing this, Angela devised a quite useful solution to transport the posts to the training ground: using a stopwatch, she had previously calculated the time each member of her team would take to lift and load each post, so she could tell precisely how much time they could hold the weight so that later they could take turns and continue the transportation. The works lasted from 8 a.m. until 1 a.m. of the following day, after 17 work-intensive hours that were necessary for the posts to be correctly placed and for their classmates to put into practice what they learned in the classrooms.

She knew what her potential. That is why in 2016, and thanks to Enel Peru, Ángela won a scholarship to go to school in Spain. For three months, she studied the operation of a solar thermal plant, learned a lot, and even had the opportunity to work there.

Roxana is a Technical Operator in the area of loss control. She maximizes her concentration during her working day because she has the task of directing and guiding her crew. Having her team’s trust is more important than any distraction.

As a student, she always stood out for her discipline. Her solid academic formation at the Institute taught her a lot, but above all gave her the basis to train herself professionally for three months and without any problems before starting her first job.

Thus, in 2014, Roxana started her career in the area of energized lines. She was responsible for executing maintenance works on 10 kV lines without disabling the client’s energy. This meant working with live electrical current, but always following special safety measures.

It was the first time a company offered the service of energized lines in our country, and, for this reason, Roxana became the first woman to integrate the pioneering team that provided this service in Peru. However, being selected in the position was not a simple task. In addition to her work experience in medium voltage emergencies, her remarkable ability to work under pressure and her expertise in mobilizing heavy components, which were part of the nature of this work, also contributed to her success.

Supporting equal opportunities is a pending task in Peru. Even though every day we work to bring progress to women and men alike, much remains to be done. But we know that we are not alone and that there are different agents of change that contribute from their position. People like Ángela and Roxana motivate us to remain firm in our commitment. 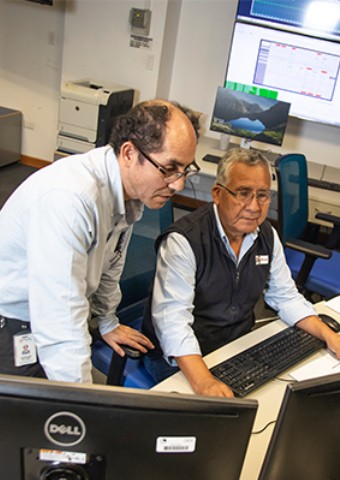 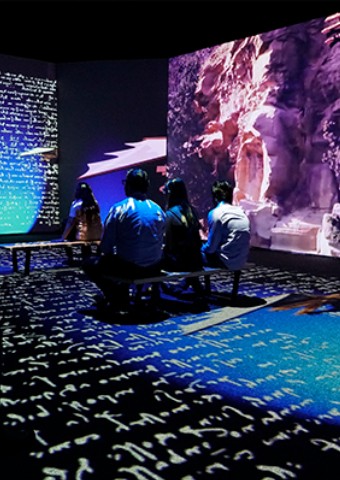