Just like many residents of El Callao, Moisés did not feel safe, but unlike the majority of people, he did not give up, he created an application to fight unsafety. Now, he is being awarded in foreign countries.

At school, Moisés Salazar's favourite subjects were trigonometry, physics, algebra, and arithmetic. When solving problems, he felt invincible; but outside the classroom, in the dangerous neighbourhood of El Callao where he grew up, not so much. Assaults were commonplace. Moisés always had this on mind, that is why he worked to put an end to this problem on his particular way: creating an application that has already won many awards in Mexico, England and United States and starts to attract the attention of local authorities. Reach is the name of the application, thank to which residents can recover peace and improve their quality of life. Here is our conversation with him about his social commitment to drive progress in communities.

Is it true that you developed this app to prevent you and your family from being mugged?

Yes and no. It has to do with the experience of having lived in La Perla and with the times I had been mugged. Besides, in 2012, my father lost his job, so we had to move to a very small space and I had to work more while I continued to specialise and spent a lot of time studying. We lived in Magdalena, and I would come back home from work at midnight or one o'clock in the morning. It was a dark area, and I would walk knowing that something could happen to me. So I came up with the idea of ​​creating a technological solution for my safety, so that my family could know ⸺in real time⸺ where I was or I could warn them ⸺at the push of a button⸺ if I was in danger.

You had already been mugged.

Several times, even in the middle of the afternoon. So I thought that, coming so late at night, I was in even more danger.

Do you remember the worst time you were mugged?

I was in Breña, near a park. This man came, took out a gun and grabbed my mobile, my money and my shoes.

You did not have the knowledge to develop an app. How did you create Reach?

I became self-taught. I searched the Internet for the knowledge that I had no chance to access to through formal education, because developing a social network like Reach involves knowing well-specialised programmes that no institute teaches you about here.

But you had IT studies and were a science ace.

That helped a lot. I had an Excel worksheet with all the subjects that I needed to take (laughs)… I had already finished the career, although I did not get the degree. Neither my family nor I had the money to pay for it.

How hard was that? You were an excellent student.

I finished with honours.

There was no money at home, so you had to move to a smaller place. You studied and worked really hard. How did it affect you?

It gave me an eye ulcer (laughs)... Now I laugh, but all those emotions of anger and sadness gave me an ulcer in my right eye. I lost some vision. I was like this for over one month.

And the Institute where you stood out as a student did not support you.

That happened before. I needed a scholarship ⸺even if it was a quarter scholarship! ⸺ but they did not grant it. They did not listen to me in 2014 either, when I was developing Reach and I needed help getting it out. I asked for help because it was an application developed by a former student. It did not happen... That is why I reproached them and asked them not to congratulate me, because they only did it when the press said that my work had been awarded in Mexico. (As soon as his app was recognised abroad, the Institute congratulated the student through its website).

“I became self-taught, I searched the Internet for knowledge that I has no chance to access to through formal education”

What is Reach? What does it do?

It is a community safety network based on geolocation. It helps people to share, in real time, information on criminal or social incidents. That is, it is a social network specialising in community safety.

Why is it useful?

Because there are many community safety social networks, but with geographical limits, which is ineffective. Reach provides a universal platform that narrows the gap and allows to analyse criminal behaviour, in addition to promoting collaboration amongst users.

A valuable tool for the Police and district councils. How many doors have you knocked on to show it?

Practically all (laughs)… of district councils, the Police, the media…

You also applied for the financing of StarUp Perú.

In 2015 and this year. This time I did not get it because of the business model. I understand, because when I designed Reach I did not do it thinking about a product to be sold to the district council, the Police or the Power Rangers (laughs)... I designed it to be a tool that brings people together against crime. It is not an aggressive business model.

You were never recognised here, but you were abroad.

Yes. I tried to promote this system that could change community safety in Latin America, but I got no support. By the end of last year, when I was about to give up on the project, I got a letter from Mexico announcing that they had selected it. That changed everything, when I was about to quit...

In Mexico you were one of the three selected to present their app in England.

The invitation was from the Duke of York (son of the Queen), to me and the representatives of Mexico and Colombia. We went on behalf of Latin America. There were people from all over the world.

Authorities from Costa Rica have recently shown interest in Reach, and you have just returned from DC, where a global event for young entrepreneurs was held by the U.S. Department of State.

In Costa Rica, the National Emergency Centre has been using my app for more than one month. The meeting in the United States was to salute young people doing social work.

You were the only Latin American.

Yes. There were only ten of us from around the world. It was impressive!

“I was about to give up on the project, I got a letter from Mexico announcing that they had selected it. That changed everything...”

Your economic situation was complicated and you created a tool to serve the community. You did not use your knowledge to earn money, why?

Well, I came up with Reach because of a problem I had had since I was a child, and I developed the idea because I considered it extremely important for something like that to exist... To do it, I needed time, so I quit my job and became a freelancer. Now, if anyone needs a project, they contact me and I do it. That way I manage my time better.

Have you verified the usefulness of your app?

Yes. Reach has two services: personal safety and community safety. The first allows you to share your location with your family; the other has a deficiency: it is useful because it allows you to report a criminal act, but its usefulness is diminished because there is no answer on the other side. That is, you can report, leave a record, make statistics ⸺whatever you want! ⸺ but there is no reaction.

That is up to authorities.

Of course, because Reach works in real time, so the information would reach the nearest patrol vehicle. That is a great because you no longer have to make a call.

(Update: Days after this interview, two key situations occurred: The app was installed in the 105 of the Prefecture of Lima; after two years of efforts, through the Office of Citizen Participation, Moisés has begun to visit Lima’s almost 140 police stations to talk about the benefits of Reach to the network of collaborators of the National Police).

Since you use Reach have you been mugged again?

No, but someone stole my laptop when I was in Lince. When it happened, I put more effort into my project! 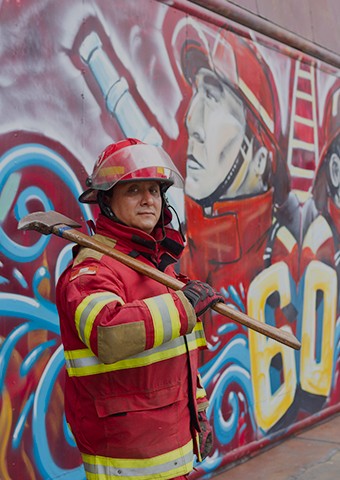 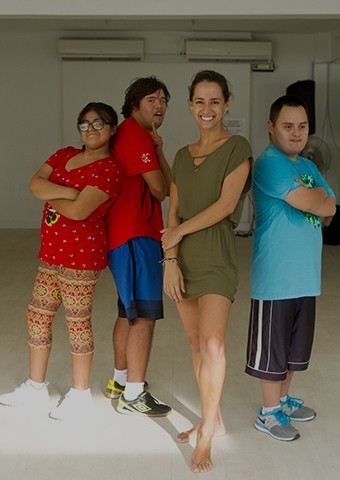 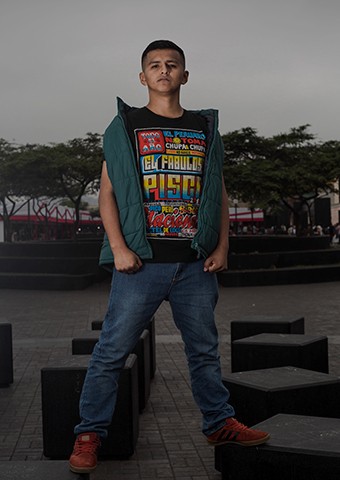