He was not a teenager yet, but fire was already running through the veins of Ricardo Flores. All that energy had to go somehow. Instead of letting it out in a destructive way, LiberatoKani turned rap in Quechua into his outlet.

Poverty, school problems and the death of his mother when he was only 9 years old stirred the fire within his soul. Ricardo Flores was angry and decided to let it go through rap. As his main characteristic is Quechua, the language he learned from his grandmother, he is known as “LiberatoKani” in the artistic world. With time, his talent drove social progress. He has recently travelled to Germany where he made a presentation supported by ‘Marca Peru’. He is, without a doubt, a role model for social inclusion fighting through adversity. In this interview, he tells us more about his life.

Is it true that you learned Quechua to respond to the bullying at school?

When I first moved to the highlands, it was difficult for me to adapt. The first people I met were fourth-graders at school. I was a naughty boy, so we would tease each other, and so I realised that they spoke another language: Quechua. I did not pay much attention until they started to call me names in Quechua and everyone would laugh. I was angry and wanted to know what they meant. So I asked a teacher to teach me! "Teacher, they tease me, I want to say something back!" That is how I learned, and the best was that I got to understand my grandmother better.

As a child, in Lima, your parents spoke in Quechua so that you did not understand them.

Oh, yes, they have their little secrets. It was normal for me. But when I was 9, while teasing my classmates, I met Quechua. And I learned it well by talking to my grandmother.

She was a key part in your life.

She taught me unknowingly. She never said, “I’m going to teach you!” Instead, I learn by talking to her; she would say all the words in Quechua with gestures. “Warma qamuy”, for example; I did not understand “warma”, but I did “qamuy” because with her arm she asked me to approach her. Or she would say, “Ricarducha, Ricarducha, mikunaykita mikui”, taking her hand to her mouth, so I knew I had to eat. Without realising, three months later I was speaking Quechua. We travelled to different places; my grandmother is an excellent cook and she also was a “scissors dancer” and a street theatre actress…she was an Andean clown! And I think you have to learn to appreciate the art of your parents or grandparents.

So… it is not rare that you became a musician.

I would never have become a musician if I had not gone through so many difficult situations: the illness and death of my mother (the reason why he left and lived two years in Andahuaylas, Apurimac), the early hardships, the economic problems, and everything that happened when I returned to Lima.

Which was the hardest?

In Lima, sometimes I had nothing to eat. I was 12 when I cursed the moment I decided to come back to Lima, because back there, in Andahuaylas, I had it all. But here I was born here and lived here as a child, so I believed that everything was going to be all right. I was wrong. I went through very ugly things...

And you turned that feeling into rap, a rebellious musical genre.

Rap gave me wings to fly and peace of mind, it was the channel through which I opened my soul, my heart, and released everything I had inside: rancour, hatred...

Yes! It held my heart down and would not let me move on. I was thinking more about problems than myself, so I had no peace of mind.

So you poured out you feelings through rap, but was there an audience?

Not at first, because I only made art to feel good. I rapped wherever I wanted: on the streets, at malls, at school. I did it to make this girl notice me (laughs)... I was in my third year of secondary school, and I would beat box (recreates the sound) as loud as possible for her to hear and get out of her classroom! When she did, I felt good... I like people to appreciate what I do. It makes me feel good.

You formed a band: Quinta Rima.

Yes, a group of friends I look up to.

You sang on buses.

Not then. That was brought by Colombians. The first time I saw kids rapping on buses was in San Juan de Lurigancho and they were Colombians. "Wow!" I thought. None of us had thought of using the buses to perform. Some of us started doing it, others did not. The experience of being a part of a band was pretty cool.

One of them proposed to include rhymes in Quechua.

Yes. They insisted that I got on a bus after class and rapped in Quechua. "Stop the bus!" I yelled and got on. We were at Abancay Avenue and some girl stared at me, asked for my number and three days later she wrote a big note about me on the Trome newspaper. It was crazy, everyone in college had read it. Two weeks later, a young lady contacted me and after a series of meetings she asked me to be the opening act for Uchpa and La Sarita in a concert at Peru’s Grand National Theatre.

Yes, 2015. I will never forget that event! I was a beginner, I was just getting better, finding my way...

You were already a soloist.

I had just become one… I had one track. Only one! That same day I invented others…

At that exact moment?

Yes (laughs)… I tried and came out cool.

Well, rap is also improvisation, is it not?

But improvisation in Quechua? It is hard even for me!

A key point is that the public understand. Do people get it?

At first, some told me: "Do not rap in Quechua, only two or three people will understand”. But the first track we got ⸺"Hip Hop Rurachkani"⸺ went viral and the band became more popular. "See? Let’s do more!" I was told no, but after the concert at the Grand National Theatre, I worked really hard.

I held on to rapping in Quechua, but for some time I gave up on it. Some members of my family were an obstacle: "You won’t make a living out of it!" They said I was a bum, and they broke my speaker...

What was your reaction?

For seven months I did nothing. I kept quiet and dedicated myself to study. But then I took off again. I had gathered momentum. And when someone tried to bring me down, I gained even more!

The came your album.

Yes! I would turn on the computer in silence at 4 am and stay up all night and morning making tracks.

Before it was common for a child of Quechua-speaking parents to be ashamed of the language, but that is not your case.

Not at all. I saw kids oppressed by society, by their own environment, and that made me angry. Why would that happen?! We are not abroad, we are in Peru! There should not be such contemptuous treatment here, we are all “cholos”!

Where does that view come from?

When I met rap, I became aware of the things I had experienced in the highlands. If it had not been for rap, they would have just gone away. When I merged rap with the Andean culture, the mix ignited this energy, this rebellion, this desire to transform… to follow somehow the work done by Arguedas, which is a very strong influence in my music.

You have made many young people get interested in Quechua. Thanks to you, in Huancayo, there is a teacher with several students today.

Well, yes! It was crazy. I never thought I would touch so many, and the workshop was full (laughs)... In Huancayo, I got on a bus to see the reaction of the “mamachas”, the old ladies of the town. I wanted to know what they thought about my music! It was amazing. I received the support of all the “mamachas”!

What was their reaction?

Their reaction was: five soles, ten soles, two soles (laughs)… I do not think anyone would give you money for something they did not like. This old lady grabbed my hand and said, "Keep it up, son. You’re doing great", and asked for one more song. The same thing happened to me when I was in Cusco. The bus driver and the ticket collector bought my CD and even stopped the car for me to sing one more. It was really, really crazy...

You have just been in Germany with Marca Peru. How was the experience before people who actually do not understand a word of your lyrics?

People there highly appreciate new things, and this fusion of hip hop with Andean instruments and music, as well as language, astounded them; and I was happy. They did not understand the words, but they did understand the show, because everything was theatrical.

You study Education and do rap, so you have a powerful tool to get to children.

Yes. But some kids will just not pay attention. They talk, they laugh, and I feel like I am talking to myself, even if I use methods to get their attention...

How old are they?

Mostly from secondary school. But once, at some elementary school, intensity was different. Kids really want to learn! I asked them, "Is Spanish a Peruvian language?” and I was surprised when everybody said it was not. "Which language is native to Peru?” "Quechua!" they answered, so I started singing, "Quechua / is resistance / Quechua...” and the kids sang together: "Resistance!” It was crazy. A friend recorded it. The kids were shouting: "Rapper, rapper!"  There I realised that you have to work with some special teaching method that gets to children. With them you can work really well.

You are a rapper and a future teacher and love the Andean, you will be busy for quite a while!

Yes. I have a lot of ideas aimed at teaching Quechua through rap. I hope I can make them true. Even if I get no support from the Government, I will do it! 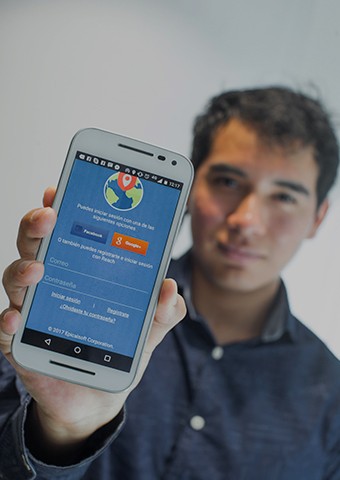 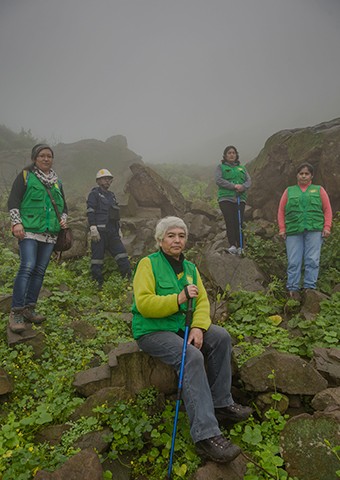