Juan Carlos was 2 years old when he was diagnosed with autism. He did not talk or walk. Doctors’ prognosis was not encouraging, but Inés, his mom, did not give up. Today, he works for one of the most important companies in the world.

Ines was 8 years old when her parents sent her to Lima to work for a family. Her life became a nightmare and ran away at 13. She was welcomed by Segundo Chang and Luz Delgado, whom she considers her parents ever since. When she finished school, Segundo wanted her to go to college, but Ines fell in love and got married. She was 24 when Juan Carlos was born; two years later, the child was diagnosed with autism. At first, she did not know what to do. It all changed when she came to the Ann Sullivan Centre, where committed professionals know how to take care of kids like him, giving them quality education in all aspects. They told her that their work as parents was key to Juan Carlos’ improvement, and so she dedicated herself completely to his education. At age 7, Juan Carlos learned how to take the bus on his own. Inés had a goal: she wanted her autistic child to learn to be self-sufficient; and she made it. He is brilliant… and her, a wonderful mom. This is her story…

When Juan Carlos was born, you had no idea about ​​his condition.

I had my son at age 24 and, like any other mother, I was happy. Eight months later, some people would tell me "There’s something wrong with your son”. I had already noticed that he was not like other babies. When I showed him something like a toy, he would not follow it with his eyes. He was one year old and he did not walk or speak; when he was 2, it was pretty much the same. Then I sought professional help.

When you learned that your son is autistic, no doctor was hopeful about his future.

I went to several doctors, but one I will never forget. I remember his office clearly... I watched him while he was taking notes. “Madam, your son is autistic and hyperactive, and be ready because he is going to grow up, get stronger and hurt himself”, he said. I did not know what to do! Every word of his destroyed me.

What was your reaction?

I cried. “What is happening?”, I said to myself. He prescribed some pills to keep him calm, but when my son took them, he was like an idiot. So I said “I do not want this for my son. I have to do something!” I called “uncle” Segundo, and he told me about the Ann Sullivan Centre. He also told me to find Dr. Liliana Mayo, that she would help me.

The same person who protected you from abuse as a child offered you an alternative years later.

Exactly. That is why I believe that life is a long road that leads to one single purpose...

And what is yours?

To see my son become an independent, productive and successful young man, just like any other person.

However, at the time, everything was against you and your son.

I was very confused back then, but I had faith.

What happened? What did Juan Carlos do for you to believe that everything could get better? He was a child who did not speak, who did not walk...

He would suddenly look at me. There were times when he seemed to leave his inner world and say: “Help me!”

He did not use words, but you felt that he was trying to tell you something in his own way.

Exactly! There was a time when I felt that everyone had turned their back on me, everything had lost its meaning, and I wanted to do something... and I held him tight and he looked at me with such tenderness, as if he was saying: “You’re not alone”. It was like a wake-up call! I came to the Ann Sullivan Centre; they said the same thing, of course that my son is autistic and hyperactive but also that he would be able to do many things. They also told me that the work of parents is crucial and that much of his improvement would depend on me.

Did you have a job at the time?

I did not. My dream was to be a kindergarten teacher. I said to myself that after giving birth, I would start studying, but he needed help, so I left everything behind. I do not regret it.

“My goal is to see my son become an independent, productive and successful young man, just like any other person”

When did you notice an improvement?

I learned to communicate with him through some figures. I was able to understand him, at last!

That must have been amazing!

“You finally get me, mom!” I realised how much he was doing to learn, and he began to learn very fast.

Most doctors told you that he would not get better, but he speaks and reads now, he has won swimming medals, he plays several instruments and he works in a transnational. How do you feel?

I feel like a super mom, a mother that has fought, that has given everything, that has grown as a person. When I see other kids or moms that need help, I help because I know how hard this is. Oh, if I told you everything I have been through, you would have to interview me for several days (laughs)...

It is not easy to accept that one’s child is autistic.

It hits you at first. I asked myself, “Why me?” Then I said, “My God, if you have put this in my way, it is because you want to show me how strong I am or how great my faith is in myself and in You”.

Today Juan Carlos works at PricewaterhouseCoopers, one of the most recognised companies in the world. How is it to see him go to work each morning?

Oh, I am his number 1 fan (laughs)... I feel so proud when I see him leaving, all dressed up. So proud! He is my best harvest... There are always problems, but every time I see him and nothing else matters 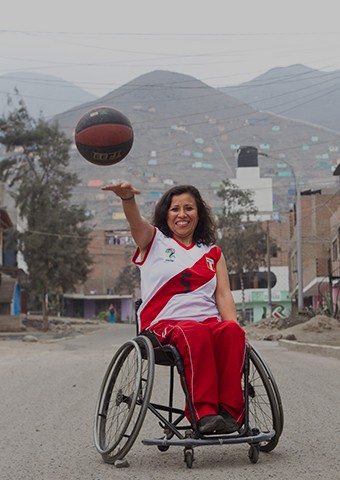 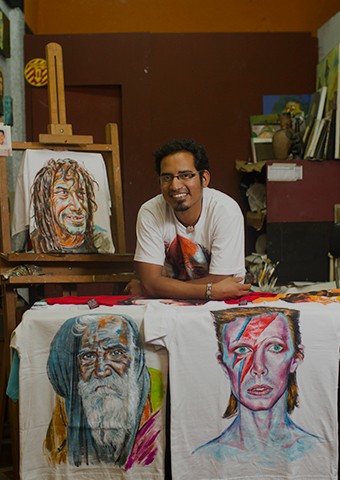