Those ignored by most homeless, insane people and beggars are his source of inspiration as an artist and as a person. Mario takes care of them, paints their portrait, gives them back their self-worth.

At Emancipación Avenue, behind the Las Nazarenas Church, in Lima, Humberto Villanueva ―a 72-year-old man― sits on a bench under the sun. A few centimetres away, on the sidewalk, are his work tool: a weighing scale that pedestrians can use in exchange for some coins. After talking to him, Mario Navarro (known as “Painter of the Outcast”) asked him to paint him and offers him a free T-shirt with his face on it... After accepting the deal, a smile appeared in Humberto’s face. Mario will probably help that man somehow, as he already has done with other homeless, street vendors and even people with mental health issues. It all started when Mario, an artist from Piura, met a longhair, dirty “madman” named Charlie and helped him improved his quality of life. Since then, Mario’s life changed completely as he had found his purpose as a painter. This is his incredible story…

How did you meet Charlie?

He would always pass by (the hall of the Boza Gallery, where Mario exhibits his works). He was always around the streets of Jirón de La Union, Ocoña, Camaná... I saw him almost daily, dirty, with his dreads...

For his face, his dreads. He was very picturesque, so I wanted to paint him.

How long ago did that happen?

3 years ago. I had borrowed a good camera when suddenly he passed by. I approached him and asked him to let me take some pictures of him.

Had you two talked before?

We had not. He came in, I took three pictures, I gave him some money and he left. One week later, I did the painting, I hung it on that wall over there (in sight of those who walk through the gallery) and the next day more and more people came in. “Hey! Is he not that madman?”, they would ask. It was kind of cool! Everyone said they knew something about him.

When did you paint him on a T-shirt?

That was last year, in March...

You had made a T-shirt with your grandfather's face on the anniversary of his death.

Yes. I already had the acrylic paint and the painting, so I said to myself, “I am going to paint one of Charlie”. I saw him one day on the street and decided to make one for him. I wanted to see him with his T-shirt! It was cool, and I wanted to repeat the experience with other people.

“We began to talk and I realised he was not crazy”

Months later you found him on the street, a nurse was taking care of him.

Yes. The T-shirt thing happened in March, and, in May, he suffered a stroke. He was taken to the Arzobispo Loayza Hospital, and stayed there for two months.

You came with him to the hospital.

Not right then, because I had no money. The nurse needed someone to take responsibility. There were a lot of people surrounding them on the street, but nobody offered to do it. I wanted to, and since I had no money, I called a friend. She came and they took him. Three days later, I visited him at the hospital but he had no name, so there was no way to locate him.

Charlie was, in fact, a journalist from New York.

I learned that much later. I had no way to find him, so I showed his picture to some guard. He told me he would look for him, and called me two days later: “I found your friend: pavilion 2, bed 19”. I visited him every two days or so, we began to talk and I realised that he was not crazy.

Is it true that when he arrived in Lima he was brutally mugged and he wandered the streets of Downtown Lima ever since?

That is what he told me, that he was mugged, that he had no ticket or documents, that he was a journalist and had gone on a trip through South America... He suffered a brain injury.

You pled his case before the embassy of his country.

He asked me to call, so I called and called, and they finally took the case at my insistence.

You did not have to.

No... It was gratitude, because thanks to his painting more people came to my premises. Besides, he was alone. Someone had to do it! I was that someone.

Your parents are retired teachers. Is there any relationship between their professions based on service with your attitude?

It is about setting an example, putting into practice the education I received at home and my Christian formation. You have to put your faith into action. If you do not practice what you preach, your faith makes no sense.

Ever since, you try to help those who must be cared for or those that nobody cares about.

There is too much prejudice, we believe that as they are dirty they have no worth.

You had no time or money to support Charlie.

No, but he depended on me at that moment. I have no children or wife, I live alone, I know what solitude is. I could not just leave him... Helping him cost me some money, but I knew the effort was worth it. I was not stressed or angry. I visited him, I called whomever he asked me to call, and I did the job with pleasure.

Other Charlies have come your way.

Yes, I got involved with these kind of people; they became my source of inspiration. I wanted to paint them on a canvas or a T-shirt, because everyone has a story. They too, and their stories are perhaps bigger, deeper, sometimes like abysses... Behind them, there is tragedy, and I want to rescue them, allowed them somehow to be looked at with equality.

A portrait is a way of telling them not only that they exist, but also that they are worthy.

It is difficult to explain, but that artwork generates in them many things. They recover their self-esteem, they are looked at as human beings again, that is what they have told me!

Besides the financial success as an artist, you feel useful with what you do.

Feeling happy with what you do, that is success! Money fills no void inside. 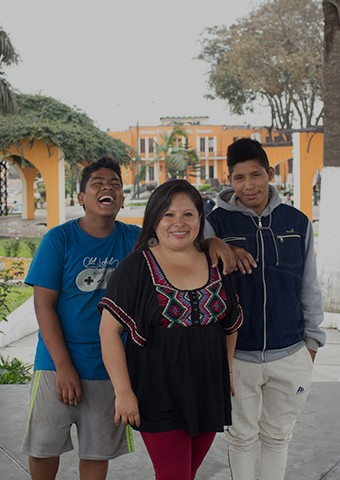 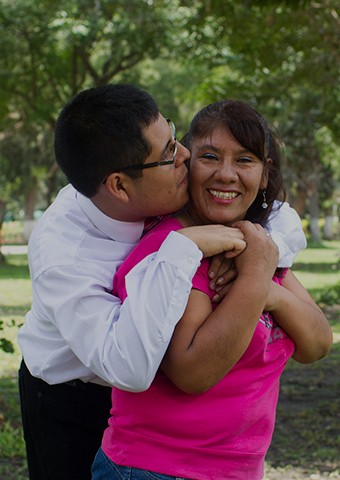 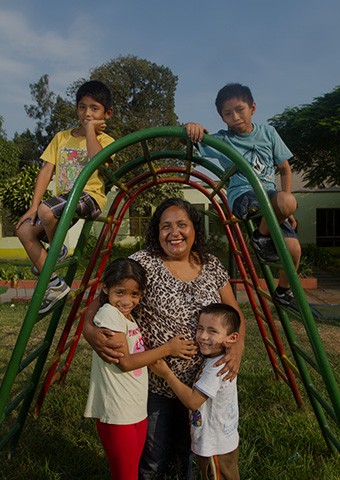