Eleven months after birth, she was diagnosed with polio. 20 years later, she played wheelchair basketball for the first time. Today, she is a member of the national team, which ranks third in South America.

Jeny Robles has lived all her life in the Año Nuevo shantytown, in the district of Comas. Her street has no roadway or sidewalk, but the outside garden of her colourful house brightens the whole block. Just by watching her old wheelchair you can picture the thousands of battles that they have lived together. Fortunately, the inequality of opportunities did not stop her, however, her fight story was not easy.

How difficult is it to be a disabled person in Lima?

It is difficult because infrastructure is terrible, especially for people using wheelchairs. Social inclusion has not been properly addressed. Public institutions and public transport have no ramps, except for the Metropolitano. But to take it we have to take the shuttles first, and only one of the twenty that reach my neighbourhood has a wheelchair ramp and it comes by every two hours! That is why we have to take taxis all the time.

Taking into account such a terrible situation and that there is no roadway or sidewalk in your street, it is more complicated for you to practice a sport, is it not?

It is, but when you are passionate about something and love doing it, you do it no matter what! It depends on your will power.

“You do not have to be a millionaire to be happy. It all depends on you”

How was your will power born?

I played wheelchair basketball for the first time at age 20, when I was invited to watch a game. There used to be no female players, they were all boys at first. One day, this disabled boy approached us and said, “Girls, want to play basketball?” “Basketball?” “Yes, wheelchair basketball” “Oh, maybe”. “Come on! Today we are training in San Martin”. We went, there was a team called Santos, the boys were training and, when they saw us, they lent us their chairs. “Sit and try to score”. We tried, and they said, “Ok, you have strength, you can play basketball! You too. Come, we train on these days...”.

Had you ever practiced any sport before that?

Only volleyball, when I was a child. I liked basketball, so we started to train with the boys. They taught us.

Right. We were told that a team would be formed. A national championship was held and we had to be really good if we wanted to be part of it. First, there was a pre-selection of twenty players, and from there we were ten or twelve.

Today, in South America, your mortal rival is Argentina.

We compete for the second place in South America. But they beat us in the last Parapan American Games held in August 2015 in Toronto, Canada.

But the game was very tight even though your wheelchairs are of lower quality than theirs.

Yes, we have many disadvantages.

Theirs are of aluminium, yours of steel.

And the advantage is that aluminium chairs weighs much less than ours. Theirs are more versatile.

How is it that you are such great rivals then?

It must be because we really want to win (laughs)... and because we like what we do, whether we are in the team or not!

And without a budget!

Right. It was not until this year before going to Canada that we were supported by the Peruvian Sports Institute (IPD) with travel expenses. We were given sweat suits and trainers for the first time, because when we started, back in 2010, we had to pay for everything.

How did you manage to cover your expenses?

Well, in 2010 I was still working at an accounting firm. I quit when I started training to participate in the Andean Cup. I had some savings, and my husband supported me as well.

Absolutely! Having the support of your family, your partner is key... Besides, women are smart! They save one or two soles from everyday expenses (laughs)...

You have three children, have they seen you play?

We have taken them to some games, when they were younger. They have gone to some championships, they know what it is about... and I think they are proud of me.

Unfortunately, Peru will not be in the Rio 2016 Paralympics after having lost to Argentina in Toronto.

Yes, it was a very tight game.

How hard was that?

Uh-huh, do not get me started because I will burst into tears! (laughs)... As they say, “What goes around comes around”. In 2013, there was a championship in Guatemala I was not there because I had just given birth and we qualified for the Women's World Wheelchair Basketball Championship, which was held the following year. We won the Argentinians in a very tight game as well! Because of us, they did not qualify, and now it happened to us... Only God knows why He does things.

What is the best thing about playing basketball?

When you are in a national team, the satisfaction you feel when representing your country.

Some people are chronic complainers. You were born to poor parents and had polio when you were eleven months, but today, as an athlete, represent the country. What would you say to those who weep for nothing?

Will power is crucial, that desire to keep going, because many businesspeople used to be very poor. Picture me, poor and disabled, you could say I was beaten twice, but you do not have to be a millionaire to be happy. It all depends on you.

Are you aware that you are a role model for your children, your neighbourhood and many more?

As I have been interviewed, some neighbours have told me, “We have seen you on TV” and I blush! I just do what I love to do. If people find out, fine; if not, fine too. I play basketball because I like it, because I love my country, because I feel very proud to represent it... and also because it relaxes me a little bit. 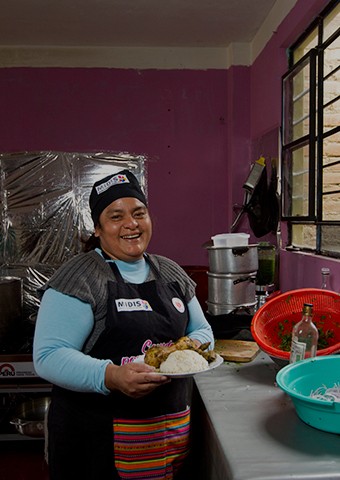 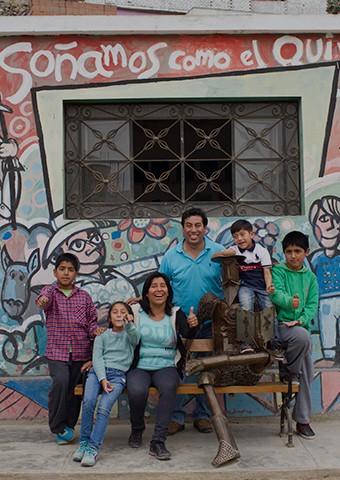