Hundreds of families now live in peace thanks to Martín Nizama and his revolutionary method. Dr. Martín has almost 30 years of experience working in the rehabilitation of addicts, thereby improving their quality of life  and their families.

When he was a child living in his hometown, Chulucanas, people would make fun of the homeless with mental health issues; none of that was funny for him as he was empathic. At school, a teacher explained him that psychiatrics are the ones who treat people with mental disorders; that is when he realized he had found his vocation: improve that people’s quality of life. Since then, he has helped hundreds of patients using his own treatment, which according to him can cure addictions. The treatment is based on patients’ social inclusion through his family, turning their house in a home/clinic.

Yes, they can. In the scientific field, this is not believed possible because its approach focuses on the individual, on the addiction. If addicts are not aware of their sickness, no therapeutic intervention is made. Instead, they sabotage and refuse the treatment, and finally make it fail.

“I discovered that addictions brew in the family. Families not only hatch the addiction, but they also feed it; they even sabotage the treatment and make it fail”

You propose to focus on the family.

That is right. What I mentioned before made me look for an alternative, and that is how I realised about the importance of family.

How did you realise?

To complement therapy, I started working with addicts’ families. Addicts were not listening, they did not care, but I noticed that it was families that were in pain and needed my support. I discovered that addictions brew in the family. Families not only hatch the addiction, but they also feed it; they even sabotage the treatment and make it fail. Therefore, it was necessary to work with families.

Your method is called “Holistic Family Treatment for Addictions” and was created 35 years ago. How many cases have you had?

I have no idea. Hundreds of patients have recovered. I have no quantitative study but I do have a qualitative one, which proves that addictions can be overcome. There are many cases, testimonies of people that have reached great human development, rejoined their families and society, and become self-sufficient and independent from their families.

The problem is not in the addict then… but in his family.

Absolutely. Addicts are the victims of dysfunctional families.

Your treatment is radical: addicts’ parents and siblings have to commit. At home, all services such as the TV, radio and internet are prohibited.

The aim is to encourage human communication.

There are no half-measures. Extreme diseases need extreme remedies.

That is why many treatments fail, because in the process…

Families do not do their bit. They become unhelpable. There are many cases of unhelpable families. Only a few are able to change and go from dysfunctional to functional. That transition is determined by the family’s commitment to the programme, through which patients do tasks such as writing, drawing and reading. Frequently, as they do not feel motivated (by their family), they are not aware of the sickness; they develop no willpower and, therefore, follow no programme.

Once families commit, you focus on the addicts… you isolate them from their harmful world and…

Everything is taken away from them! They feel the lack of things.

So they stop feeling they have power over their loved ones.

So they stop living for the outside and stop feeling like an emperor.

Thus begin the stage of writing and drawing about their lives every day.

That is how we make neurons work.

Why is it important?

Because addictions kill neurons and produce brain damage. They make it difficult for individuals to build relationships, to produce, to love. Then, the brain needs to be healed, and the brain is not healed with pills. We have to bring it all back by making neurons work. That is how synapsis (communications between neurons) is increased and the brain functioning is progressively recovered.

It is slow. There are millions of neurons; that is why writing a thesis, writing a diary (five pages a day), drawing and making a critical analysis of books are necessary.

“98% of families give up. Hundreds of families come here, but what they really want is to get rid of addicts or lumber us with them, they do not seek to help them recover. That is why in Peru there are therapeutic communities”

How long does it take to recover?

Between three and five years.

And many families give up.

98% of families give up. Hundreds of families come here, but what they really want is to get rid of addicts or lumber us with them, they do not seek to help them recover. That is why in Peru there are therapeutic communities. Families pay and palm them off. Here (at the hospital), we do not accept that. There has to be a commitment. After being isolated for 45 days, addicts return home so that they can feel protected by their families (they turn their home into a house/clinic). In that way, they get away from bad friends, the vicious cycle, nightclubs and drugs…

Even though you are friendly to them, your words are categorical.

I talk to them in a strong, unambiguous and colloquial language, because I cannot do it with scientific terms.

Do you remember your first successful case?

I do not. There have been so many… I started working on this at the Larco Herrera Mental Hospital in 1975.

How did you realise your treatment was working?

Because families were joining my initiative. They committed to it and supported me. They have protected me as well, because I have also had many detractors. Behind sickness, there is much at stake.

“Familia Armónica” (Harmonious Family) is the name of the association integrated by parents of addicts under treatment. It is chaired by a mother whose son recovered 17 years ago.

She does it out of altruism. We recover family values. First is love, and as communication is necessary, we encourage it by banning electronic devices. And so the need of communicating is shaped, they begin to see each other, listen to each other, share food with each other and hug each other. We encourage hug therapy to recover human sensitivity.

Basic as it is, people do not hug much.

Hugs are less and less frequent! Nowadays, taking about love is almost banal. Love has been trivialised. That is why we have to rehumanise families.

Among all your successful cases, is there any you consider emblematic?

Maybe the son of our chairwoman (of the Familia Harmónica Association). He was a hooligan, a gangster, a thief who would even hit his parents… He was short but dangerous, and used to do cocaine base. The struggle was hard. Now, I am very glad to say that he comes to share his testimony, with his wife and children. The recovery was possible.

Once, while I was walking around Buenos Aires, Argentina I was there for a congress I suddenly heard someone calling me, “Dr. Nizama!” “Hello, since when are you here?”, I asked him. “I came after you help me recover”. It was a providential encounter with a former patient; and then he took me to his home.

You have five children. Is any of them following your example?

Yes. I have two sons who are doctors, two daughters who are dentists, and another son who is an economist. One of the doctors is making his residency in psychiatry here; he is on his first year.

Why did you decide to be a psychiatrist?

I wanted to become a priest first, but once, when I was studying at the San Miguel de Piura School, I asked a teacher, “Who looks after crazy people?” He told me that psychiatrists did. That was the first time I heard the word. Back in my hometown, Chulucanas, people would make fun of the crazy homeless. I was very sorry for them, so when I knew what psychiatrists do, I decided I was going to become one. I was on third year of secondary school.

“And so the need of communicating is shaped, they begin to see each other, listen to each other, share food with each other and hug each other. We encourage hug therapy to recover human sensitivity”

Was there any psychiatrist in your family?

No! My family is very humble. I was the first professional in my family.

How many years have you been working?

It will be 30 next year. I will retire soon (from the National Institute of Mental Health).

And what are you planning to do?

I have the clinic for addicts and an office at the Clinica Angloamericana. Leaving the hospital will allow me to dedicate time to my own things. I also write and make publications.

What will happen with the Familia Armónica Association?

That is the problem. I had already prepared a doctor to take over that responsibility, but he was transferred to ER, although he is a specialist in addictions. We are outraged.

Could you tell me why your treatment is successful yet little known?

On Youtube, there is a documentary made by Americans who talk about your work.

A team from Yale University came. The documentary’s name is “Internados”.

What was its impact?

It had little impact… People is blind, they do not want to understand that addicts can be treated. They rather palm them off, lumber some therapeutic community with them. They do not want to work. They lack love, commitment, humanity. 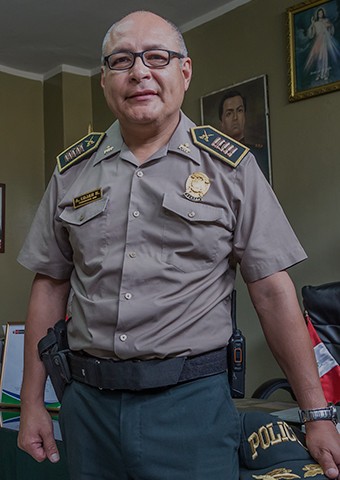 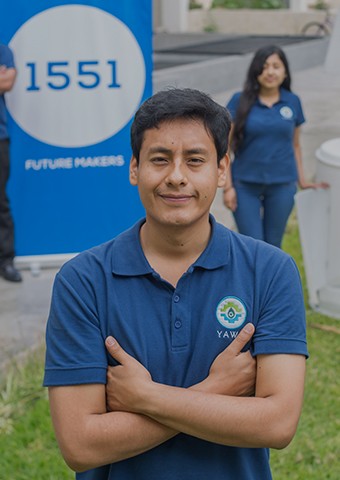