Growing in a house made of matting did not stop him from being a towering professional today. The goal of this 25-year-old young man is no longer to move from his neighbourhood, but to educate adolescents living there so they have a brighter future. He is currently forming an army of programmers.

Jorge Quispe is a mathematician from the UNI (National University of Engineering) and an expert in data analysis. Nowadays, his profession is highly valued in the financial sector, as he can solve large commercial problems. However, for about three years, he has dedicated time and part of his salary to carry out free programming workshops aimed at teenagers from the poorest areas of Carabayllo, the district where he grew up.

CodeHunters Lab is the name he gave to his social undertaking. Last July he made a radical decision: he quit his job to try to make a living from it. The result is positive, as the teenagers who learned to programme through play have become a team that is currently creating a desire for self-improvement in places where there used to be hopelessness.

For three years you have been teaching programming to adolescents aged 14 to 18 living in the outskirts of Lima. You do not charge them for it. Why do you do it?

When I was a child, my life plan was different from my current one. I was born in a very poor family. I always show a picture in my presentations: It’s me as a kid watering my garden without shoes on in front of my house made of matting. That was my life back then; thanks to the education I received, I was admitted in a national university and several doors opened for me since then. But not everybody has that opportunity; on the contrary, they get lost on the way. Many young people my age work with tuk-tuks, while other ones steal, do drugs or are already dead. That is the reality of people living in the most remote areas from Lima.

How did you get through it?

In good part thanks to my parents. They instilled values in me that I still have. Their control over me and the fact that they used to forbid me to go out to play with my friends ended up creating a safe environment.

You must have hated them at the beginning.

As any teenager, I could not understand it then. Now I do. It allowed me to focus on my studies and my goals, and make progress academically and professionally and now in my undertaking.

During your childhood you lived in a house made of matting and you were attracted to math.

And my family’s quality of life improved progressively. When my mom was working, I was working too. I would sell ice lollipops on the street. We have sold even “salchipapas” (chopped sausage and French fries) and “anticuchos” (beef heart); we would do everything we could to help. I used to come back from school, take my box of ice lollipops and go out to sell them around the market.

What did you learn with that?

It taught me not to be ashamed. Some people say they feel ashamed when selling on the streets. They should be proud! No matter what your situation is, that means you want to keep moving forward. There is always a way to improve.

Last July you quit a good job to focus on CodeHunters Lab and continue helping the adolescents from your neighbourhood.

That is right. Three years ago, I participated in a volunteer programme which changed my perspective. I realized I could do so much more with my knowledge not only for the financial sector but also for other people. I could give people a chance to learn, change their way of thinking and help them apply their knowledge to improve their lives.

That volunteer programme was held in 2016.

You were planning to move from your neighbourhood back then.

I wanted to have a good job and move with my family to another place. But then I realized that I can make an impact on my community through my knowledge; and, in March 2016, CodeHundters Lab was founded to give adolescents the chance to learn about technology. They did not have laptops, so I would borrow laptops from my friends and take them to the “laboratory”, which was actually a community space.

Sometimes we used the ‘Villa El Polvorín’ community centre in Carabayllo. Why? Because those teenagers do not have money to travel to another place. Going to a workshop in Downtown Lima means spending money on bus tickets and lunch. That is why I chose that place.

That is their reality.

I experienced that when I was studying in the university! I would only have some money for bus tickets. Those teenagers are still in school. Therefore, what was best for them? Workshops that are free, held in their community and fun; that is why they are based on games.

What made you change your perspective?

It was the case of a boy; I’m sure he is emotionally fine even though I have lost contact with him. He had drug problems but he took refuge in the workshops. That marked me and encouraged me to keep progressing. Javier is another important case. He was one of my first students. Programming was his passion. He was admitted in the university and has now a scholarship for his academic performance. I took him to a hackathon (championship on programming); we won three last year. He has learned so much and now he helps me teach new students. Javier did not know what to do with his life and now he is a teacher and making an impact on his community. He has many job opportunities even though he is only 18 years old. Javier has already accomplished what I achieved at 20.

You are his mentor.

I am a friend and a guide. I share what I know because I used to live in that reality. Technology and applied sciences changed my life; I want that for more adolescents.

You quit your job to dedicate all your time to this.

It was challenging. I could not move up on my job anymore and CodeHunters Lad was already accomplishing some goals: we won the ‘América Solidaria’ prize for developing activities in line with the UN sustainable development goals and I was granted an internship in Chile. It was then when I decided to take six months to dedicate all my time to this, become an independent consultant, start more projects with former students and try to organise the workshops in other places; that is how we reached Huaycán, Huancayo and Huancavelica, and I won many prizes and caught more attention to show people what I do. Allies started coming! Those six months were really worth it.

You have helped over two hundred adolescents.

With both comprehensive workshops and one-day workshops.

I created it because some teenagers would say programming was boring and only for nerds. That is why I offered them very dynamic workshops.

“It feels so good to know their future is brighter. What makes me even happier is their willingness to share their knowledge with new students”

And you used pokemon for that.

I used videogames with pokemon, which were developed with former students. We also made them experience virtual reality. The response was “Is it possible to create all that? I want to learn!”

Besides, those games were created by teenagers like them.

All of them being under 18.

It is the new trend (laughs)… Nerds lead the largest enterprises: Facebook, Google, Amazon. And I’m sure they were the most bullied in their classrooms during the 90s.

Why did you decide to start in Carabayllo?

I was born and raised there; we must start at home. Then, I expanded to other communities thanks to social entrepreneurs.

Many teenagers who have attended CodeHunters Lab dedicate to programming.

Yes, some were admitted in institutes or national universities to study technology-related degrees and are currently developing projects; some others have completed technical studies and are already working. We are like a bridge: we train them on web development and give them the tools to learn even more.

How does it feel to change their lives?

It feels so good to know their future is brighter. What makes me even happier is their willingness to share their knowledge with new students. It is incredible; although I was able to make great progress by myself, I need a team to take the leap, which is organizing workshops in places where people need them the most, and that team is already being formed. 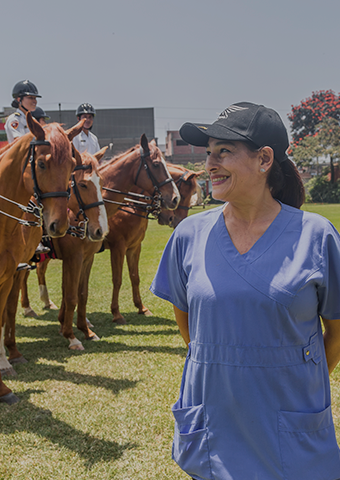 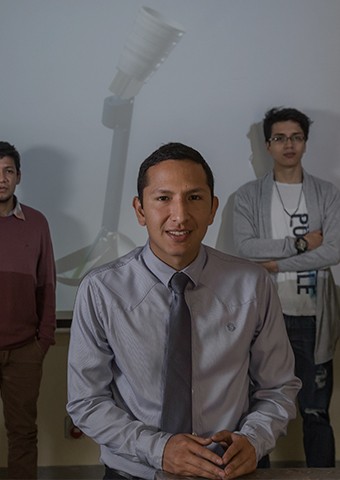 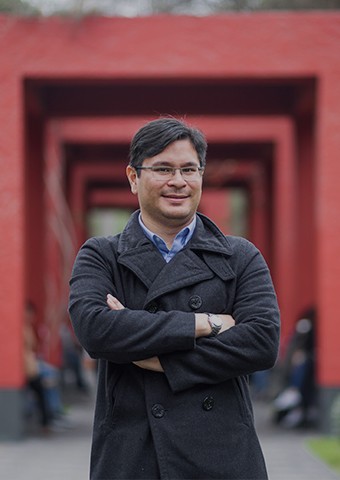