In San Juan de Lurigancho, there is a 26-year-old biologist, who with the help of her friends ―all passionate for science― is about to send an experiment to the moon.

After completing her studies in a state school, her natural curiosity led her to study biology in the National Agrarian University. She heard that three future biologists from San Marcos were doing research on something she did not know: Astrobiology. The little girl who dreamed of becoming an astronaut is now a young woman who is completely dedicated to this science and her passion has paid off.In 2017, she made presentation via video conference to NASA members about a project that will be executed in 2019. She will travel to India for the launch of a spaceship to the moon; the spaceship contains a made-in-Peru mini-laboratory her colleagues and her created. Her example helps build a better world for everybody, a world with gender equit and equality of opportunities. Below, her full story.

How were you able to make a presentation via video conference to the NASA when you were 25 years old?

Jacqueline Silva Martínez, a Peruvian working in NASA, came to Lima and, when she heard that a Peruvian team was about to send to the moon something they created through a foreign mission, she told a professor ―one of our advisers― that one of us should explain the experiment. So, the professor and I prepared a presentation. I did not know I was going to have so much public! I thought than only the doctor wanted to hear us.

Aerospace engineers, members of some (space) mission… there were astronauts! I felt so honoured. It was a challenge.

And when you finished, how did you feel?

It was incredible, because everyone applauded. The doctor told me everybody was happy ―I had to speak in English, obviously― and that they expected to receive more news from the project.

That reaction was not for free; your project was chosen from three thousand candidates who wanted to participate in the India’s aerospace mission.

Of course, even though Americans have NASA, it does not mean all their aerospace engineers have the opportunity to send a project to the moon. That is why they got excited. They also got excited because our project includes bacteria that have never been tested before. These bacteria are found in lakes from the Peruvian highlands. As they found this interesting, they want to know the results.

How did you decide to apply for the mission with such an interesting idea?

We have done research and reviewed the project for years. It was already decided! If someone had asked us about it, we would have said that we had already decided it in our dreams: “If we send something to Mars or to the moon, it would be cyanobacteria”. The aerospace project was already being developed in our heads, although it was only a dream back then. But we were given the opportunity and we already knew what to send: those cyanobacteria, as they are some of the oldest bacteria on earth. They created the atmosphere after the oxygen explosion. Cyanobacteria are found in places with the most extreme weathers; and our lakes in the highlands receive the highest amount of radiation.

A cyanobacterium is an alga.

It looks like an alga but is actually a bacterium. They have in common the photosynthesis, protective pigments, and the fact that they fix nitrogen…

What is their contribution?

Your objective is to test them in the moon. What happens if they survive?

We do not only expect them to survive, but to keep alive over time. To monitor it, we have a nano-spectrometer in the mini-laboratory, which will allow us to see how pigments change. We will be able to know until what point these cyanobacteria can resist the planet’s warming.

“The aerospace project was already being developed in our heads, although it was only a dream back then”

So, you are going to test them there to know how much they can last here.

And also to know if they are consumable in space.

Is it to create an ecosystem similar to that of earth?

That is too extreme. They could be grown inside a dome, for example. They would survive because they have pigments that protect their DNA.

You are the daughter of two businesspeople. One is in the food sector and the other one in clothing. What do you have in common with them?

They are dreamers. We have been together in every phase of their businesses, and when problems arose, they taught us we had to forge ahead… be always the best.

What do they think about what you do?

My mom says, “Honey, I don’t know what you are thinking of….” (she laughs); and my dad is like another group member, as he dreams with every step we make. I tell him everything we do.

Do you want to become an astronaut?

No… I mean, it is my dream, but I am realistic and I know I can’t. I would have had to prepare since I was a child. Now I’m not prepared for that.

So, what are you more likely to do next?

Participate in space missions ―as a chief, if possible (she laughs). I would like to integrate many projects, but first I have to finish my master studies in Molecular Biology. Then I want to enroll in a PhD programme abroad. After all of this, I want to work in an agency in charge of important projects in space like NASA.

You studied in a state school, which proves that regardless of where we come from, we can fulfil our dreams.

Now more than ever thanks to the Internet.

Of all the pieces of advice you received from NASA after your presentation, which was the most useful?

One recommendation was the most striking. I believed that the more complex my mini-laboratory was the better it would be. However, one of them told me that I had to be careful with that, as if I added more elements, it would be scientifically wider and more results could be obtained, but at the same time, it could cause failures in the sending of data. In other words, if it were more sophisticated, it might not work. So, I started thinking about what to eliminate or what to include...

“My dad is like another group member, as he dreams with every step we make”

When you started the project, the group had four members. Now that you have founded the Scientific Society of Astrobiology in Peru, how many members are you?

The executors are ten; so that plus the advisers, we are twenty.

Does any of your advisers belong to NASA?

Yes, Dr. Julio Valdivia is affiliated with NASA and is our adviser for the identification of cyanobacteria at DNA level. We are also supported by Saúl Pérez, who worked with Gustaf Arrhenius ―grandchild of the great scientist and chemist August Arrhenius, creator of the Panspermia theory― who has a prebiotic chemistry laboratory in USA; and Dr. Haydée Montoya, specialist in algae and micro-algae, with whom we study the variety of cyanobacteria.

You have accomplished so much in a country that barely supports science development.

We find opportunities. We do not think about that. We focus on the means to accomplish our goals and apply to competitions. That is how we raise funds that allow us to continue our research.

The second prototype is ready, although we believe it will never be completely ready until it is tested (in the moon).

In March 2019, the project will be sent to the moon from India. Will you be there to see it?

At least some of our members will. We will be in Bangalore.

What do you feel?

I feel scared, happy… it’s a challenge! Nothing is certain in a space project. It can be a success or the ship can explode… who knows what is going to happen! But I’m happy because I have found a team, a research group, with which we are already planning more projects. That is very good, as they are amazing people who do not care about problems or politics. They only say, “Let’s keep working!" 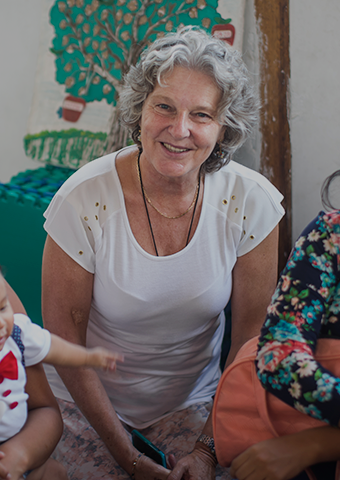 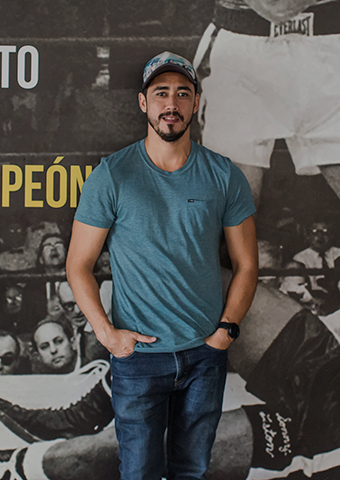