His art is still misunderstood by many, but he is stubborn. Thanks to him, dozens of boys feel part  of a world away from drugs and gangs, and have improved their quality of life.

In 1984, Peru was torn. Shining Path, a terrorist group, was advancing, our economy was falling and worse things were yet to come. Young people dreamed of going away. That year, in Peru and in the world, millions of kids started making some weird dance moves. Michael Jackson's famous moonwalk was nothing compared to the new bizarre moves. “You’ll break your bones!” old women would shout. “Breakin”, the movie that made breakdancing popular around the world was to blame. Max del Solar was only 15 years old then.

Captivated by the new dance, he did some research and found out that it was part of something bigger: hip-hop, a movement originated in the Bronx. Born to artist parents, he knew what he would do for a living. What Max didn’t know, however, was that giving up his life to this art would make him become a role model, a teacher who today visits several neighbourhoods to hold dance workshops and, through that, share a philosophy of discipline, respect and brotherhood.

Your life changed thanks to a movie.

Exactly. First, I saw some schoolmate move in such an extraordinary way: he slid through the room with his feet and made robotic moves with his arms. I was stunned! I had not watched the movie yet, so I got it on Betamax and, as you say, it changed my life.

What part of the movie drew your attention?

The dance! I was 15 then. Watching the graffiti on the walls, hearing those beats, listening to the rap, it was all so urban. Apart from the script, I saw a world without exclusion, without racial differences, without prejudices… and that is exactly what I began to feel among us, among those who began to practice this art. There were no social classes or races; it was so innocent, so pure...

But it went out of fashion a few years later.

Yes, I went on though. I was not actually aware of what I was doing, I just gave myself over to an art I was passionate about. Two friends and I formed a group, we danced, we had followers, but in time one became a metal-head and the other went to college. What did I do? I joined another group.

“To me this is not ridiculous, because it is what I believe in. This is what I am”

Why did you continue?

There was another film: “Beat Street” (1984); it showed the hip-hop culture in a deeper way. The characters were like survivors ⸺boys who, through graffiti, dance and music, expressed a misunderstood art⸺ a reflection of real life! I said to myself, “I want to be like them, to fight for what I dream and feel, and to grow stronger in my art”.

Those were bad times for Peru, terrorism was already beating Lima. Was breakdancing your way to fight fear and uncertainty?

Yes, but I did not know. One night, after midnight, two police officers stopped me. There was a curfew, so they asked me where I was going. I told them I was going home from dancing, but they did not believe me. I danced for them right there on the street and without music. One laughed, but the other said, “Well done, lad, keep it up”. I had to! To me this is not ridiculous, because it is what I believe in. This is what I am.

Today you are a role model for many young people.

You have received some of the nicest tokens of appreciation from parents whose children you teach this art.

I appreciate that they entrust me with their children, and that the boys speak so well of me.

A wrong look could link your art with gangs, law-breaking, drugs.

As kids grow up, they learn about the vices around them and they do not want to be out of tune. I have had a hard time explaining to them that there are other alternatives, but I think I have made myself clear because many of them ⸺now with their own children⸺ have thanked me.

Through dance, you have touched their lives.

You can do it through any art or sport. They need support... Parents at first find it difficult to understand, but then learn to appreciate it.

Is there anything you remember fondly?

When the Peruvian Hip-Hop Movement was founded at the Chabuca Granda amphitheatre, in the district of Miraflores, there was this little boy who would sit and watch us dance until his father went for him after work. We used to sell cassettes with the music we danced, and one day the child asked his dad to buy one. He did not, but once at home the father showed the boy his own breakdance cassettes. He used to be a breaker! How do I know that? Because he approached me and congratulated me for what we did with the boys. “I thought this wasn’t happening anymore. When I got married, I hid my cassettes because my wife wanted me to dump them. But I knew ⸺don’t ask me why!⸺ that someday I’d need them again and now they’re my son’s”.

Some parents have thanked me after having seen their children dance: “I thought he was shy. I didn’t know he could move like this! Is there anything I can do to support you?” When that happens, I blush, because I think it is not such a big deal...

If not for profit, why do you do it?

Because it saves lives. It saves me, it saves others... and I like saving others. 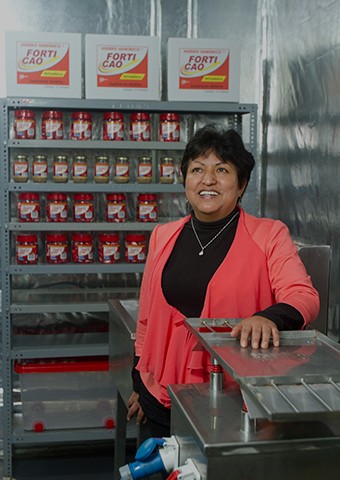 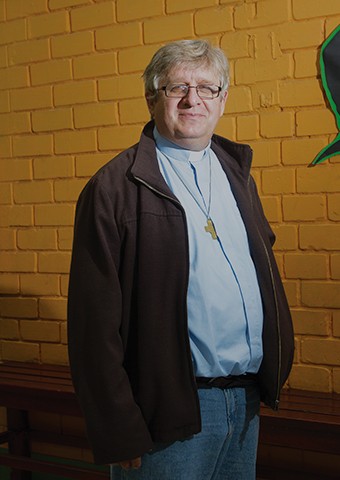