Thanks to the organisation led by Dr. Leonid Lecca in Peru, Carabayllo became an example to the world and is attracting medical students who volunteer to treat tuberculosis.

In 2016, when the World Bank’s president, Jim Yong Kim, came to Peru, he told that he funded a subsidiary of Partners in Health his NGO more than twenty years ago in Carabayllo. He discovered cases of tuberculosis (TB) resistant to the traditional treatment and, against all odds, he proved to the Worldwide Health Organisation (WHO) that its calculations were wrong and that poor countries could also fight the disease with success, thereby improving their inhabitants’ quality of life and driving social progress . Since then, his example is followed by many volunteers who travel from the USA to the poorest areas of Peru to treat people. We had a conversation with Dr. Lecca, who leads this mission that gives not only health but also hope to people.

You lead a group of heroes whose pioneer was Jack Roussin, an American priest who arrived to Carabayllo in 1994, worked with sick people suffering from TB and died due to this disease.

Father Jack cared deeply about the health of his community. In 1994, there were not basic services in Carabayllo; as the limitations were many, he asked for the support of medical students from the University of Harvard whom he had met years before when they used to sleep in his chapel in Boston. The students were Dr. Paul Farmer and Dr. Jim Yong Kim.

And they followed in his footsteps.

Yes, they did. They had already funded “Partners in Health” in Boston when they carried out the first health census in Carabayllo. The result was that two of the biggest problems were child malnutrition and TB. Back then, Father Jack got sick and went back to the USA to receive treatment, but the disease was too strong and he passed away. The students decided to stay in Peru anyway.

But health authorities forbade them to treat some TB cases.

It was a worldwide issue actually, because in countries like ours it was not possible to diagnose a certain type of TB: the multidrug-resistant TB. It was expensive and complex, and it was believed that in poor countries there was no possible treatment because in the USA patients were hospitalised and isolated for two years, and the cost per patient was about half a million dollars. So here that TB type was a death sentence.

Both of them ignored the forbidding.

Peru’s programme to fight TB has always been very good, but as for the multidrug-resistant TB, there was no means to identify it. What did they do? They took samples and carry them in their pockets to the Boston Hospital. There they identified the TB type the multidrug-resistant TB and decided to treat it. How? By bringing medications in their pockets.

They were warned that, if they treated one single case, they would be expelled from the country.

It was a very tense moment.

Today, one of those rebels is the president of the World Bank.

Thanks to that, WHO changed its vision in 1998.

True. Between 1996 and 1998, the first eleven Peruvian patients were treated through an assistance model never applied before in the world: the Community Assistance Model. We called it like that because we treated patients at their own homes. In the USA, they were hospitalised, but there were no such facilities in Peru, so we dared to treat them in the community through an integrated network composed of doctors, nurses, technicians in nursing and people from the community itself.

So residents became your allies.

They know where we can find children without parents, those who do not eat, mistreated mothers, people who is coughing or bleeding. They know what health centres do not.

“He was tied, his back was destroyed and he had not drunk water for four days”

In the world, about 50 out of 100 TB cases were successfully treated. The figure increased to 85 thanks to you.

Back then, only 20 out of 100 patients were healed. We healed 11 patients out of the 11 that we treated. That is how we raised funds in the USA to provide more assistance and, in 1999, the Bill & Belinda Gates Foundation donated USD 40 million to us.

So it was thanks to what happened in Peru.

No doubt. The treatment was spread around the world and many people were healed. Even the State recognised our work. Peru has the highest global rate of reported cases in which patients were healed.

There was another problem: no one wanted to hire people who had recovered from TB and that is why they received training.

Yes, our model has three pillars: medical support, psycho-emotional support so that patients do not get depressed, since treatments are long and tough and economic support. Most of our patients lived in extreme poverty. They could not take medications for one year if they had to work, if they were not properly fed, if they had no strength, so we included the socioeconomic support, which provides not only economic assistance but also nutrition and housing so that their families do not get infected.

So you not only heal them, but also prepare them to keep going on.

We have an Income Generation Programme which provides scholarships to follow technical careers or handicraft workshops for patients or their family.

In that way, the life of someone declared terminally ill changes completely.

A few months ago, thanks to another project, we visited the home of a little child, and we noticed that something was going on at the back of the house, there was some noise. The fourth time we visited the house we found the owner crying; her 40-year-old son was locked up at the back sitting on cardboard. He suffered from TB, was declared terminally ill and was crying because of pain. The health centre did not want to treat him, so they were only waiting for him to die… He was tied, his back was destroyed and he had not drunk water for four days. These are the kind of cases we find!

Could you save him?

He is currently under treatment! When I was told about it, I went to see him. He can now sit and eat, he even makes jokes. He looks so much better.

Even though you receive funding from abroad, you also need local support.

We need many more resources. In Northern Lima, there are people with significant power purchase who must know that our work is also helping them. Many of their workers, who do not live in the best conditions, are at risk of getting sick!

Your work is really hard, how is it possible that so many foreigners come here to volunteer?

I think is due to the way we work and our results. 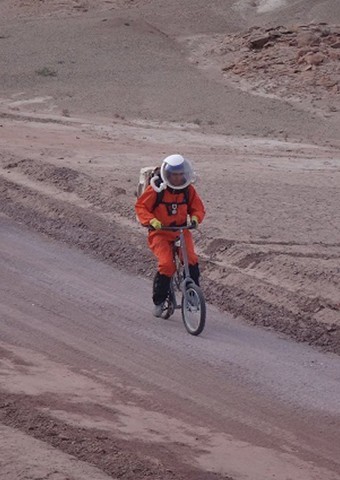 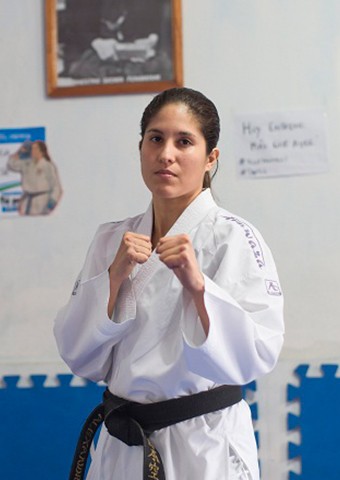 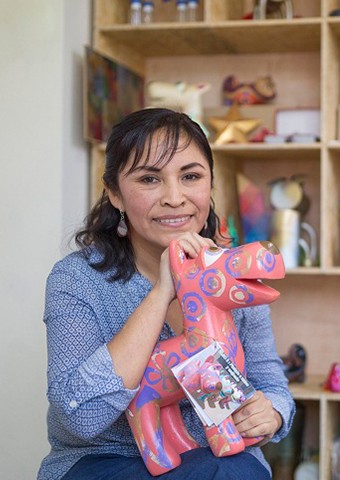